Posted at 22:09h in Newsletters by sebastian
Share
Dear Readers,

We welcome you to the winter edition of our Newsletter.

Cape Town is so far enjoying a beautiful winter with very little rain. It seems as the rain clouds are hanging over the Rand, as the currency has lost 20% of its value against all major currencies since the beginning of this year. You will find comments about the Rand’s recent weakness in this newsletter.
Other clouds are hanging over all short-term insurance companies, as unfavourable circumstances are forcing all of them to increase their rates.

As usual, this newsletter can be viewed under https://www.swissfin.co.za/newsletters/swissfin-newsletter-august-2013/

SwissFin offers the following rates as of July 2013:

Markets have been reacting to expectations that the US monetary policy will be tightened due to positive economic data for the US economy. The Federal Reserve Bank will stop pumping money into the US banking system towards the end of the year, which has supported the US and global economy since the recession of 2008. This means that interest rates are going to rise again.

But all is not lost: The positive data from the US economy may show recovery for the US. If the global economy regains momentum, local exports will pick up, supporting the Rand and stimulating local growth.

Other positive points are that the Reserve Bank is keeping interest rates at current levels and the rating agency Moody’s has affirmed South Africa’s rating at Baa1, despite low growth prospects and industrial uncertainty.

Please note that the private bank will no longer accept incoming transfers free of charge. All account holders will be notified separately about the new cost structure.

By a two-to-one margin, Switzerland’s lower house of Parliament voted to reject a draft law that would have allowed the country’s banks to pass depositors’ information to US authorities.

The rejection of the measure means that the US may now go after a handful of Swiss banks, which are currently under investigation for their role in helping US taxpayers to evade paying tax.

The rejected legislation would have relaxed Switzerland’s famously impregnable bank secrecy laws in order to allow its banks to accommodate US requests for information in connection with its tax evasion investigations, which have been ongoing since 2009.
The decision to reject the draft law followed the approval by Switzerland’s Senate to pass it.
The Swiss Bankers Association expressed its regret over the rejection of what is called “Lex USA”, noting that “a federal law would have been the best possibility for creating legal certainty, so that the banks in Switzerland can make use of the US’ program in order to draw a line under the past”.

The proposed legislation – officially known as the Federal Act on Measures to Facilitate the Resolution of the Tax Dispute between Swiss Banks and the United States – had been finalized in May. It would have provided for a one-year window during which the data requested by the US authorities could have been transferred to them.

Client names and account details would have continued to be withheld by banks, under the agreement, but other data said to be key to tracking US tax evaders with undeclared Swiss accounts would have been permitted to be exchanged.

At the time the proposed legislation was drawn up, Swiss finance Minister Eveline Widmer-Schlumpf was quoted as saying that it represented the best option for restoring stability to Switzerland’s financial sector.

1 July marks the beginning of a new tax season. As from this date taxpayers can submit their Income Tax Return (ITR12) to SARS. The good news is that the annual income threshold for submitting a tax return has been raised from R 120’000 to R 250’000. If nothing has changed in your tax affairs since last year, you don’t need to complete and submit a return this year, provided you earned less than R 250’000.You can now submit your tax return for the 2013 tax year (period 1 March 2012 to 28 February 2013).

The deadlines are as follows:

Please also note that provisional taxpayers have to submit the second return by the end of August 2013.

Should our office attend to your tax returns, please make sure you send us all relevant details by no later than the end of September 2013, so that we can submit timeously on your behalf.

After Uli Hoeness, the president of the Football Club of Bayern Munich, has been in the spotlight for tax evasion, there has been another prominent soccer player being accused of foul play. Lionel Messi and his father denied wrongdoings, after the Spanish tax authorities accused them of defrauding the state of more than Euro 4 Million. The pair could face up to four years in jail if found guilty. 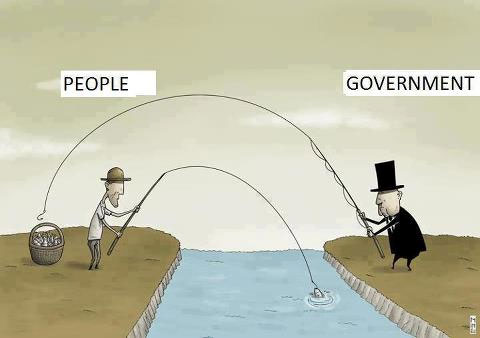 South African IT billionaire Mark Shuttleworth has taken the government to court over its exchange control regulations.

Shuttleworth moved to London in 2001 leaving about R 4.2 Billion in assets behind. He transferred his assets abroad over the years, having to pay an exit fee of 10%, which he paid under protest. He is now claiming the levy back, saying the system is unconstitutional.

Although Mr. Shuttleworth lost the case in the Gauteng High Court, certain portions of the exchange control regulations were declared unconstitutional and the Government has been given 12 months to amend the regulations.

If you are uncertain about the pricing of a second hand car, you can download an app on your smartphone which will give you the trade and retail value of a specific vehicle. It will even give you the financial, accident history, checks if the vehicle is stolen and if the odometer reading is correct. All you need is the VIN or registration number of the vehicle.

The app, which is called Car-Value app, is offered by TransUnion, the publishers of the Auto Dealer’s Guide. A valuation report costs R 10 and a full verification R 140. Alternatively you can get the same information on www.carvalue.co.za.

The sharp decline in the Rand – this year already at 20% – paired with more and severe claims over the last year, is being felt by all short-term insurance companies.
Motor vehicle repairs have become more expensive due to the import costs of spares and have risen in some cases by 40%.

Natural disasters like the flooding in the Vaal and Limpopo region, the hailstorms in Johannesburg and the fires in St. Francis have negatively affected insurance companies.
Regent Insurance has already closed their unprofitable business and it is well possible that the insurer will disappear from the market.
According to a PwC report, insurers paid out close to R 2.0 billion in claims last year. Out of 32 short-term insurance companies, 14 operated at a loss last year!

Unfortunately, consumers will have to expect premium increases between 10% and 20% which will be communicated separately by each insurance company in the weeks to come.

We are very pleased to announce that our group scheme’s rates will stay the same and our clients are not affected by the general premium increase in the industry.

The policy is still offering the best value for money in the market place, combined with unique benefits.

Not all insurance companies will give you an automatic car should you receive a hired vehicle in the event of a claim and stated in your schedule to be included. Please make sure that your vehicle description on your policy schedule shows “automatic” so that we can allocate the appropriate cover for you.

Please be advised that Vantage Insurance Acceptances will operate under a new Insurer as from 1st August 2013. The agreement with Infiniti Insurance Ltd will be terminated and affected policyholders will receive communication very shortly.

Do not cancel your building insurance when selling your property ››

Once you have received and accepted an offer to sell your house, the transferring attorneys normally give you an indication when transfer at the Deed’s Office should take place.

However, there are regular delays with such transfers and to prematurely cancel your building insurance could leave you without insurance cover.

Please only cancel your building insurance on the day you receive confirmation that the transfer has taken place and you will be reimbursed pro-rata for overpaid premiums.

What is covered under a road side assistance plan? ››

Most insurance companies offer this extension for your car insurance. The assistance is given if your vehicle does not start, breaks down or if you are involved in an accident.

Please note that car hire is only available if your car was involved in an accident (except MUA who pays R 500 for car hire even if it is not an insured event). Should there have been a mechanical defect on your vehicle, you cannot claim car hire and such expenses will be for your account.

Please familiarize yourself with the policy wording to avoid misunderstandings.

Policyholders of MUA Insurance have the choice if they want a tracking device fitted in their vehicle. The unit collects data such as speeding, excessive cornering, mileage and time of day when you are driving. It even gives an emergency signal in the event of a severe accident. This data is fed into a computer that calculates your premium according to your driving behaviour.

Clients that install the unit will receive a 10% discount on the vehicle premium. At renewal, the new premium will be calculated according to the data. The maximum savings is approx. 30% but is subject to minimum car insurance rates.

The installation of the unit is free with two product options to chose from:

Positive changes in the pipeline? ››

Home Affairs Minister Naledi Pandor has promised sweeping changes to South Africa’s immigration regime to make it easier for foreign businesses and investors to come to the country and to improve competitiveness in the global skills market. The existing immigration situation is frequently criticized as being too restrictive.

She said “we want those with the right skills to come here. The investors and the entrepreneurs who will create the businesses and the jobs of tomorrow, and the scientists who will help keep South Africa at the heart of the great advances in medicine, biotech, advanced manufacturing and communications. We are ready to compete with other countries for global talent. We are on track to issue more than we did last year. We also plan to increase efficiency in issuing permits to investors in South Africa. We have had many complaints about delays in issuing permits — we are addressing these concerns.”

She said the target for attracting scarce skills had been 50,000 permits issued in 2011 but that only about 20,000 were issued. Her Department is busy finalizing the regulations for the 2011 Immigration Amendment Act.

That wine in your cellar may be illegal ››

Concerns from the public have been streaming in about the Western Cape Liquor Act been amended. One of the requirements is that people with private cellars must obtain written consent to store more than 200 bottles of wine. The clause is intended at reducing illegal trading in the Western Cape. Individuals can face a fine of up to R 100’000 if they do not have written consent.

Other amendments are the stricter opening hours of establishments selling alcohol. Private wine collectors have blasted this clause as ludicrous because they are not selling wine, resulting in the Department agreeing to review this section of the Act.

Virasha Maharaj at our Johannesburg office ››

Please note that our health care specialist has relocated to Johannesburg. Her new e-mail address is .

Mrs Monica Bieri, a Swiss citizen, will be joining our team in the next weeks. She will be assisting in our short-term department and underline our “Swissness” service approach.

Do you want to know about something, share something with us or comment? Please feel free to send us an e-mail so that we can assist.