We certainly had an interesting 2016 with the local elections, finance ministers being replaced like underwear and the Public Protectors findings in the State capture. It is time for a break from all these tiring headlines and the summer holidays are just around the corner. Our team wishes you a great time with your family, friends and all the best for 2017. Please travel safe on our busy roads during the festive season.

As usual, we have included information across the board regarding investments, taxes, insurance, immigration and other related topics. This newsletter can be viewed under https://www.swissfin.co.za/newsletter/swissfin-newsletter-december-2016/.

SwissFin offers the following rates as of July 2016:

Our re-appointed finance minister, Mr Pravin Gordhan, presented a measured and responsible medium-term budget (MTBPS) in October.
He called for fiscal discipline as the country tries to recover from the tough economic position that it finds itself in.

The keynotes are as follows:

In order to increase revenue, the Government may have to look at the following options for additional income with the budget speech in February 2017:

It seems that our Finance Minister has averted a rating’s downgrade (for now) by the agencies, provided we have no political shocks. In their assessments of sovereigns, rating agencies consider a country’s institutions, economic scenario, fiscal and debt dynamics, monetary policy and the external environment. If it is assumed that Standard & Poor’s will be happy with the MTBPS 2016, that still leaves the economic scenario and quality of institutions to worry about.

Switzerland’s second biggest bank is looking to cut expenses after it raked up an unexpected USD 1 Bio. write-down. The bank has announced that 6000 jobs will be cut this year.

The equity analyst positions in Dubai as well as the equity team’s responsibilities in Johannesburg were cancelled.

Credit Suisse’s CEO, Tidjane Thiam, announced that he wants to boost profitability by focussing on Asian-led wealth management. The bank is on track with job shedding and another 1200 positions need to be cut by the end of the year.

How to avoid rejection of car claims ››

We share the frustration of our clients when a car claim is not paid out or a recovery against a third party is not successful, although it is very clear, that the accident was caused by the third party.

In order to avoid these unpleasant scenarios, please take note of the following points:

The underwriting manager has announced some small changes to their policy wordings.

Should you have any questions, please contact our short-term insurance department.

Her nose is small, but worth GBP 5 Mio., after Mrs Diane Cox landed the job for sniffing and tasting of cheddar cheese for a leading cheese maker in the UK. Her skills are so valuable that her bosses pay GBP 25’000 every year in premiums to Lloyds of London for insuring her valuable skills.

Her job seems very easy, but she has to eat more than a half of kilogram of cheddar at least four days a week. This equates to over 83 kg of cheddar in a year, whereas the national average in the UK is at just less than 12 kg!!

If you are residing in South Africa on a seasonal basis and your house is left unoccupied for longer than 60 days, most insurance companies will apply a higher excess if a claim occurs. The reason for the higher excess is a normally larger claim occurring, as the damages are in most cases not immediately detected.

Please note that if you have a caretaker / friend visiting your house 2 or 3 times a week to check if everything is ok, this is not to be considered occupied premises. Also a gardener that comes from time to time does not change the situation, as the house needs to be occupied.

When do I need a Public Driving Permit (PDP)? ››

We have recently seen that some of our clients are not aware what the requirements are if people are being transported for reward. A typical example is a guesthouse owner who fetches/drops guests at the airport or transports them to golf courses, restaurants etc. for a fee. Please click on the following link for further information:
http://www.gov.za/node/727518
Should you be involved in an accident without a PDP and guests get injured, you might find yourself without insurance cover!

Recent changes to the Sectional Title Schemes Management and Community Schemes Ombud Services Acts have been approved and signed by Government and was published on the 7th of October 2016 in the Government Gazette.

One of the most important changes to the Act is the obligation of all Community Schemes to obtain fidelity cover and it is required that this cover extends to the managing agent of the scheme. There is a specific formula in order to calculate the required sum insured.

You can click here to view a summary that was compiled by CIA, a specialist insurer.

As part of a global disinvestment strategy, the company announced earlier this year that they would sell the insurance business in South Africa.

It was announced late November this year that Fairfax Financial Holdings had bought the business from Zurich. Please click here to read the announcement.

The Visa Facilitation Service office of the Department of Home Affairs on Riebeeck Street was closed for a few days in mid-October. There was a dispute with the landlord because VFS had exceeded the number of visitors and caused safety concerns for the building. The Department’s special project for people from Lesotho increased the daily visiting numbers from 300 to 1000. This resulted in a forced closure of the office for a few days.
The premises are open again but all collections of permits have been moved to 47 Strand Street until further notice.

Further, the VFS website did not allow for any appointments to be made. Persons having to submit extensions within 30 days from arrival were denied access, which could result in some of them being illegal in the country. We recommend to the affected persons to take all necessary documentation to the airport when departing for abroad, in case you have not received your visa extension.

In a move to streamline the process of travelling with minors in or out of South Africa, the Department of Home Affairs has done away with two versions of the birth certificate.

South Africans travelling with minors will still need a birth certificate detailing both parents’ details when travelling in or out of the country. International travellers with children who plan on visiting South Africa from countries who do not automatically provide unabridged birth certificates will have to apply for one well before their departure dates.

Travellers who are uncertain about which documents they will need can use their mobile phone or computer’s browser to access the South African Child Visa Checklist app. The web-app determines exactly what the user will need by answering three simple questions, before being able to view a checklist of documents specific to their child-travel scenario in three steps.

Our interactions with the South African Consulates or Embassies abroad have increased, because the Act was changed last year that first applications (with a few exceptions) can no longer be lodged in South Africa.

It is not clear if the officials are not sufficiently trained or if they are misinterpreting the Act. We are liaising with the Head Office of the Department but have yet to receive feedback on these issues.

Should you encounter any problems when submitting your application, you are welcome to contact Mr Tony R. Hug .

The leading health insurance company, with a market share of 54% and 2.7 Mio. members, has recently announced the following changes for next year:

There is a supplementary gap cover available too, which includes paying a lump sum in the event of severe illness, a premium payment holiday and a home support benefit. These premiums are age related and take into account the smoker status of the member.

We have now been informed though that the offering will be put on hold until April 2017.

Please note that the deadline for plan changes is the 15th December 2016.
For more information, please visit www.discovery.co.za.

The specialist insurer for health gap cover has launched some new products and realigned their product range for next year. Please click here to see the product overview and pricing for 2017:

As you may have seen from our e-mail addresses and new signature cards, SwissSure is up and running. There are still some last transition changes which will be implemented over the next weeks. Please do not forget to send us your consent to transfer your short-term policies from SwissFin to SwissSure.

We would like to welcome Ms Alaysha Schulz to our team. She started with us on the 1st October and is responsible for the office management. Mrs Wanda Scott will be focussing more on immigration matters and will look after all our English speaking GolfEstateSure clients and English clients with surname from F-Z.

As part of the Nelson Mandela legacy “67 minutes” we created and filled 8 shoe boxes called Xmas box (each employee one box) for the people who are infected with TB and are treated at the Brooklyn Chest TB Hospital in Ysterplaat.
Brooklyn Chest is a government funded tuberculosis (TB) hospital in Cape Town. It is actually the only TB hospital in Western Cape.

The hospital accepts patients based on referrals by other clinics, hospitals, and do not require the patients to pay any fees. The hospital is divided into different wards according to gender and age. There are also two separate wards for the multidrug- resistant (MDR) and extreme drug-resistant (XDR) TB patients. These patients are isolated from the rest of the hospital because the strain of TB they are carrying is extremely dangerous.

This year the Christmas boxes go to the patients who are extreme drug resistant and may not leave the hospital anymore.

We are looking forward to taking all these colourful boxes to the people in need and of course, we will let you know in our next Newsletter about all the happy faces. 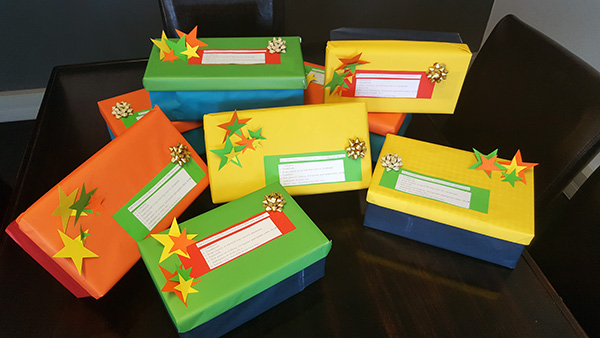 Our office hours over the festive season ››

Should you have an emergency during the above period, please contact the following short-term insurer’s emergency numbers:

Do you want to know about a specific topic, share something with us or comment?
Please feel free to send us an e-mail – so that we can assist you. 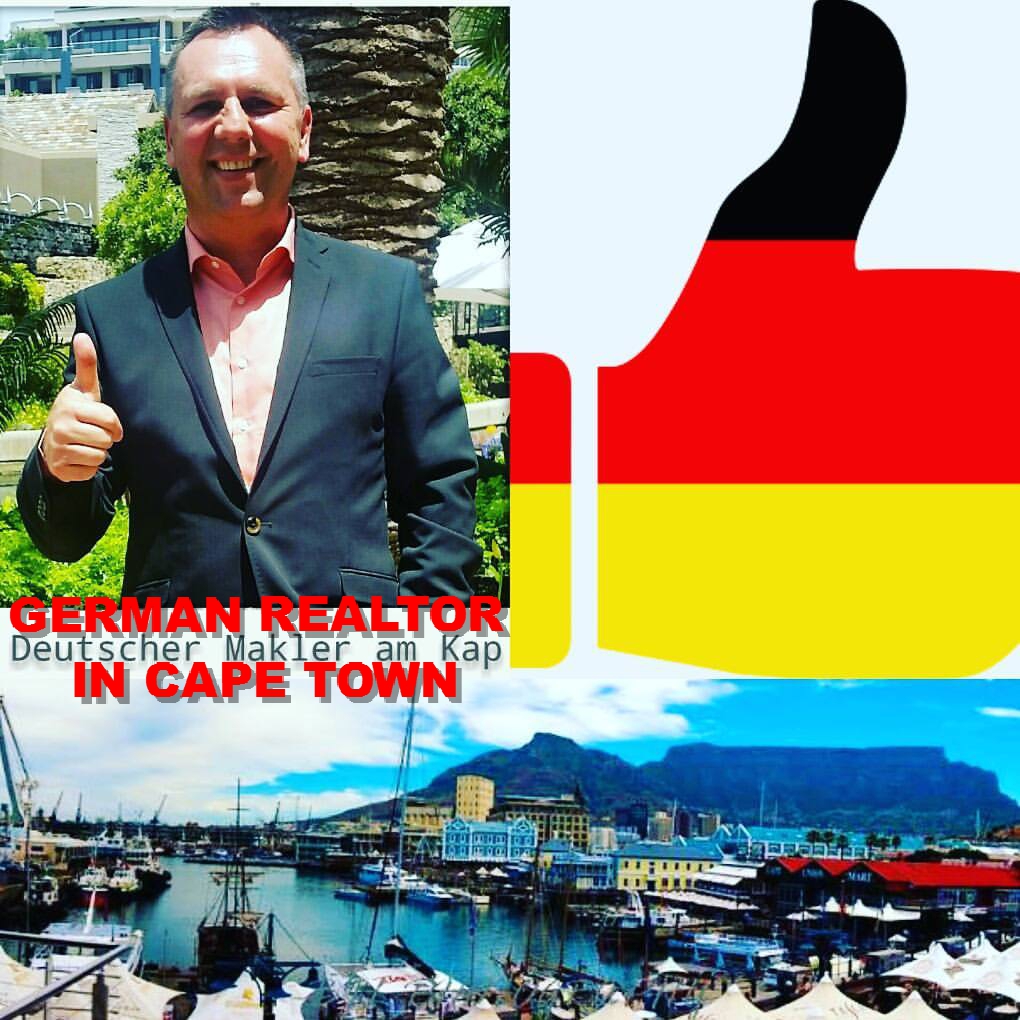